Living and working in his birthplace in Cairo, Egypt, Mina Nasr talks about socio-political change through his work. He is an observer of contemporary society documenting and manifesting ideas of cohabitation by addressing issues about the culture, its community, and the sorts of problems it faces on a daily basis. 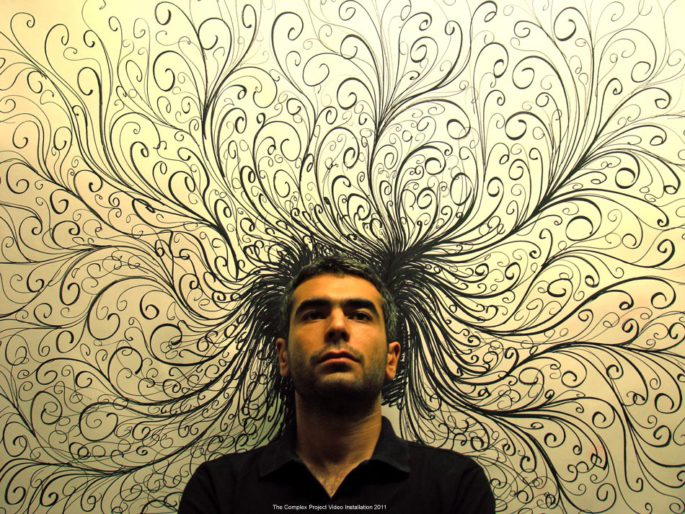 Nasr’s work is characterized by unconventional forms, in which he reshapes the human body according to the conditions it finds itself in. Whether whilst waiting in line to vote, or sitting in a metro waiting to get home, he observes the details of each figure’s expression in that single moment in time, and then re-adapts it, depicting it in life-sized formats. 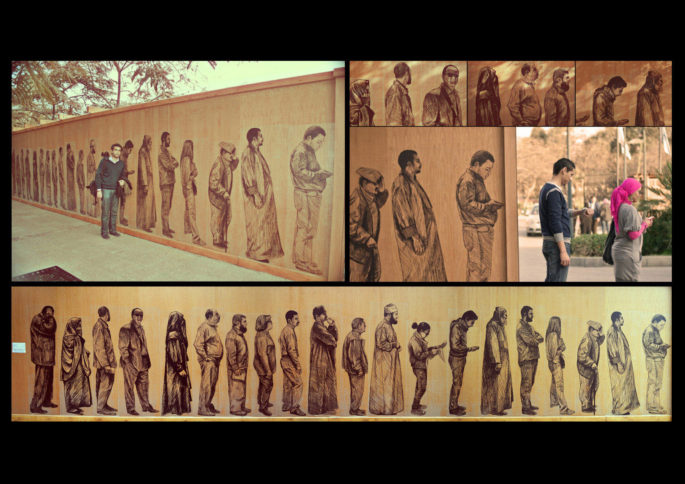 Reflected in his work, which uses black and white strokes to create powerful images through painting, he also defines the strengths and paradoxes of opposite forces facing each other. Be it power and control confronted by freedom and liberty, Nasr adapts his freehand paintings to the spaces and walls he works on in intentional and surprising ways. His work uses drawing, computer graphics, painting, and installation.

The recipient of numerous awards, Nasr has had his work exhibited in major cities all over the world and through this, his most recent award, he will be travelling to Spain to spend his residency at Jiwar.