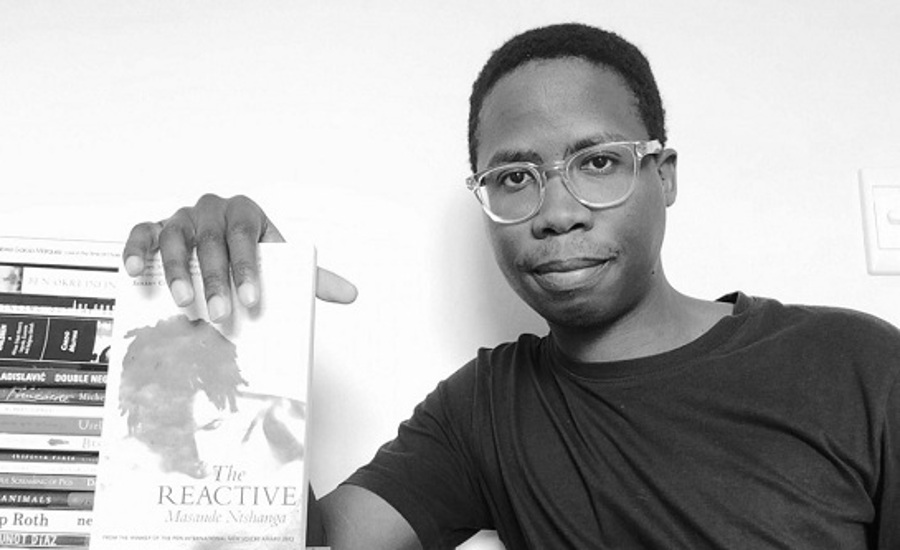 Masande Ntshanga is the winner of the 2013 pen International New Voices Award. He was born in East London in 1986 and graduated with a degree in Film and Media and an Honours degree in English Studies from UCT, where he became a creative writing fellow, completing his Masters in Creative Writing under the Mellon Mays Foundation. He received a Fulbright Award and an NRF Freestanding Masters scholarship.

His works has appeared in Laugh It Off, itch, Imago, Habitat and Rolling Stone magazine. His stories have been anthologized in various literature and art journals, and his debut novel, The Reactive, was published in 2014 by Penguin Random House and is forthcoming from Two Dollar Radio in 2016. The Reactive is described as a poignant, life-affirming story about secrets, memory, chemical abuse and family, and the redemption that comes from facing what haunts us most.

While resident at Bundanon Trust in Australia, Masande plans to write novel that takes as its subject the economy of traditional medicine, or muthi, as well as the underground trade of human body parts around Cape Town and other parts of the country. Composed in a realist style, and set in the recent past, with the backdrop of South Africa’s wave of xenophobic attacks in 2008, the action takes place in a slightly altered reality where traditional healers are syndicated under a single organization.