Beza Hailu Lemma is an Ethiopian filmmaker, producer, writer and event organizer based in Addis Ababa.

He graduated from Addis Ababa University School of Mechanical and Industrial Engineering in 2016, but for the past two years has been working on a wide variety of projects in the arts, ranging from web shows to short documentaries and films to event organizing and promo production for TV. 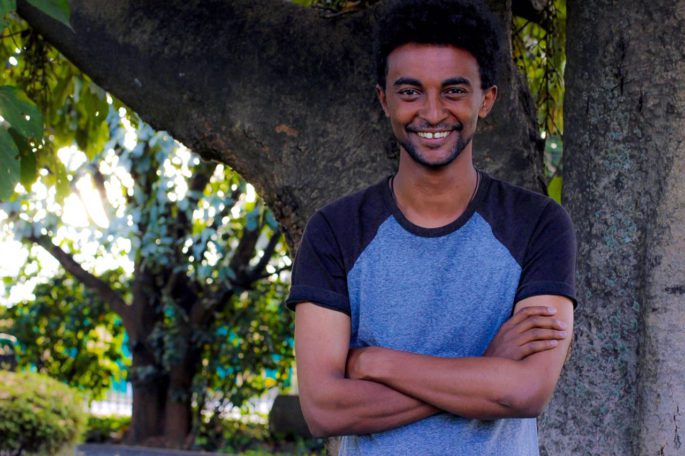 Together with two of his friends, he founded a media company called Eerie Productions and Promotions in 2013. The company, mostly operating on extremely low budget projects, is now a leader of the underground videomaking scene. Some of these projects include being the creator and director of the first Ethiopian web show called “Yabujedi Girgir” and writing and directing short films, “Imbalance,” “Morning, Noon and Evening” and “Ballad of the Spirits.”

Along with Eerie, Beza was an early member of the Research and Programming team in the founding months of new entertainment channel Kana Television, but then moved on to be a Promo Producer, working on various image spots, promos, and concept developments in the company, which is now the biggest entertainment channel in Ethiopia. As of September 2016, Beza is still working with both Kana and Eerie.

He will be travelling to Australia to take up his residency at Bundanon Trust.