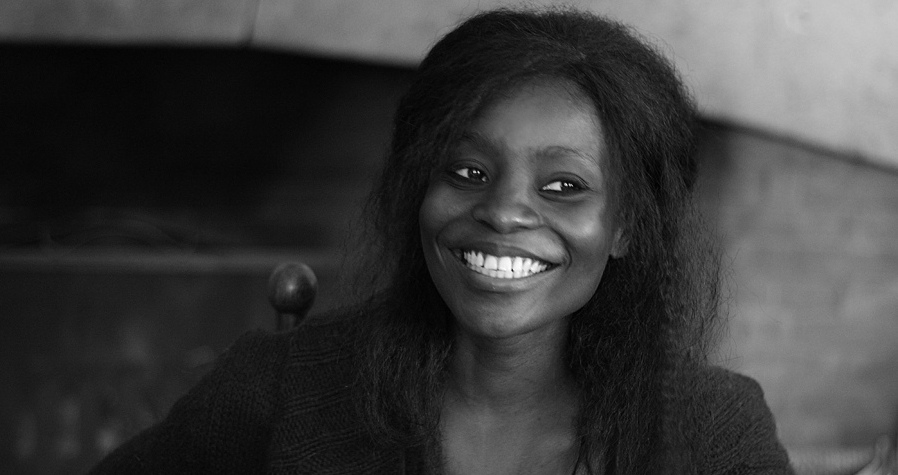 Nana Oforiatta – Ayim’s work deals predominantly with the creation and hierarchy of narratives. Like many creatives from Africa and its diaspora, she believes that its not enough to write, but that it is also necessary to create the structures and discourse within which our work is received. To this end she set up a Cultural Research Centre, ANO, in Accra, through which she produces her films, as well as collaborations, – exhibitions, events and publications with others, so that each day starts with writing, and ends with the wider creation of structures and discourse.

She is currently working on is a Cultural Encyclopaedia, filming oral histories, collecting old photographs, material culture throughout Ghana; as well as summaries of books, articles and theses by researchers; and original works; to create a kind of database of cultural output of the different regions of the country.

Nana studied Russian Literature (BA), then African Art History (MA) and African Languages and Cultures (MPhil). She started publishing in 2005 with a column for a Ghanaian newspaper, The Statesman, as well as pieces for magazines, like The National Geographic, frieze Magazine, Kaleidoscope, Arise, and books like African Metropolitan Architecture. She began making films in 2006, after working with filmmaker Chris Marker on his film on African art.

Her films, which she views as an extension of her writing, have been screened in Accra and London. Though writing is the most concentrated form of her expression, and though each aspect stands alone, they each complete, add to, and inform each other.

She will be taking up residency at Instituto Sacatar in Brazil.