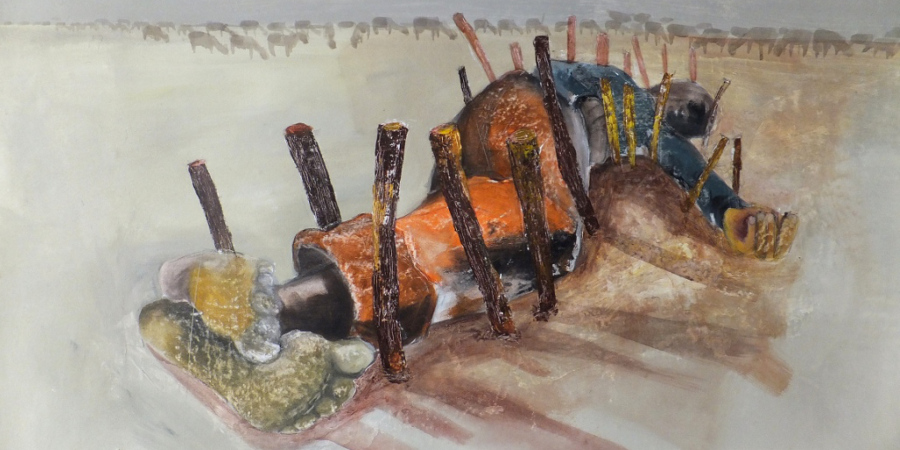 Wallen  Mapondera is a full time artist who lives and works in Zimbabwe, he have exhibited his work in some parts of Europe and America and has collections in Spain and Germany.

Wallen aims, through socio-political symbolism of animals and their disposition, to explore human form of power structures in which power rests with a small number of people. To present his case, the visual templates he uses suggests human characteristics for animals or inanimate things as well as relating to, or being a deity conceived of in animal form or with animal attributes. The pleasant and beneficial in nature or influential power of animals to teach, question and affirm us is explored in our daily relationships with them. He juggle sensitive current theme such as the absolute power lust of human beings over their kin and also over animal beings. African cultural psychology in relation to animals is also a dominant thread that weaves these ideas together.

The exploration of this theme possesses another advocacy twist to it as he highlights the tastelessly showy, cheap and shoddy abuse of animals by human beings in our society. We are exposing human folly through the act of deriding or treating these animals with contempt.

He will be taking up residency at Kuona Trust in Nairobi, Kenya.