After a highly competitive selection process we are delighted to present to you the eight AIR award laureates who will be taking up residencies at various institutions around the world. They are: 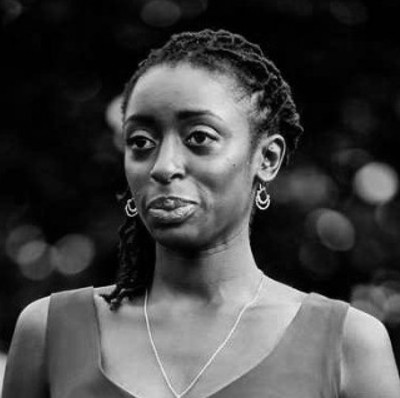 Ayesha Harruna Attah was born in Accra, Ghana. She is the author of two novels: Harmattan Rain (2009), which was shortlisted for the 2010 Commonwealth Writers’ Prize, Africa Region and Saturday’s Shadows (forthcoming).

Ayesha was educated at Mount Holyoke College, Columbia University, and in 2011 received an MFA in Creative Writing from New York University.

She is currently working on her next novel which is based in the Ghanaian town of Salaga, which was once the epicentre of the transatlantic slave trade in the 18th and 19th centuries. Then touted as the “Timbuktu of the South,” Salaga was the conduit for tens of thousands of captured slaves who were being sent to the coast of what would become Ghana, and then off to the Americas.

Ayesha will be travelling to Bahia in Brazil to spend time at Instituto Sacatar where she hopes to access some of the stories that sailed across the Atlantic Ocean. She anticipates that Bahia’s culture and shared history with Salaga unleashes some of the answers to the several questions that continue to emerge as she works on her novel. 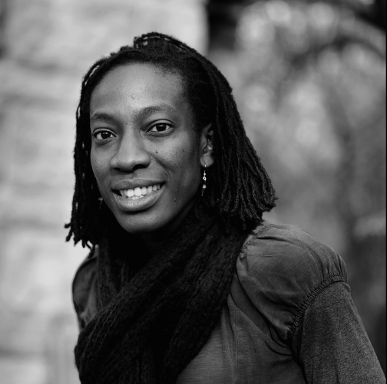 Yewande was born in Barbados and grew up in Nigeria before moving to South Africa in 1992. She is currently based in Johannesburg where she works as an architect, freelance writer and novelist. Her debut novel, Bom Boy (2011) was shortlisted for the 2012 South African Sunday Times Fiction Prize as well as the 2013 Etisalat Prize for Literature.

She draws her inspiration from a wide range of writers and artists: Toni Morrison, Ernest Hemingway, David Foster Wallace, Sylvia Plath, Zora Neale Hurston, Diane Evans and Andrea Levy’s courage and unique way of cultivating words into sentences and paragraphs is particularly inspiring. Arundhati Roy (also an Architect) is also key among them. For Yewande to study one thing and live out her career in another field felt more palpable with Roy as an example.

Yewande’s writing is her way of looking; at people, emotions and experiences, particularly those we might be more compelled to hide. She writes about displacement; the kind experienced by immigrants in a foreign land as well as that sensed by those who sometimes feel alien in their human bodies or strange in the prevalent status-quo of whatever society and culture they find themselves in.

Yewande will be taking up residency at the Bundanon Trust in Australia. 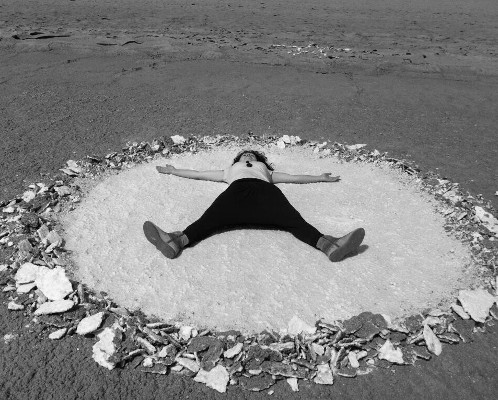 Houda Ghorbel is a Tunisian multidisciplinary and independent artist who is constantly seeking out new sources of inspiration to express herself. Her art interweaves painting, sculpture, ceramics, photography, video and installation and reflects both a strong artistic commitment and an involvement in philosophy and political criticism.

She has been performing and exhibiting her visual art since 1994 at various national and international platforms in Germany, Tunisia, Egypt, and Syria amongst others. She views her art as important because it allows her to express herself freely while raising crucial social issues and sowing hope in the hearts of young people from disadvantaged areas.

Houda will be taking up a residency at the Thamgidi Foundation in the Netherlands where she intends to “tap into the magic of the place,” while engaging in some much needed cultural exchange. 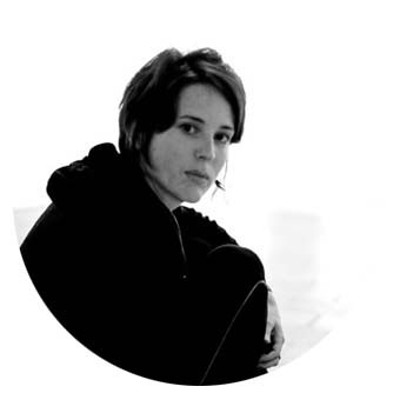 Katherine Bull was born in Cape Town where she is currently based. She is a practicing artist, part-time lecturer in Visual Arts at the Michaelis School of Fine Art, and a creative coach.

She obtained her Master of Fine Art degree from the University of Cape Town with distinction in 1998, for her master’s installation and thesis titled Positioning the Cape: A Spatial Engraving of a Shifting Frontier (1996-8). Since then Bull has produced five solo exhibitions and taken part in group exhibitions both nationally and internationally.

In her most recent solo exhibition data capture: LOST & FOUND Bull inverts her digital drawing process by using a traditional drawing media and made the digital media the subject. The gaze of the artist as mediator of a contemporary cultural landscape of the television series (LOST Seasons 1-6) is played out as an ethnographic study in which a material archive of time-based media is created. This was placed in a dialogue with the performance of FOUND in which she explores the boundary of self-representation.

Katherine pursues her art because it enables a certain freedom for her to question and challenge limits to her understanding of how we visually communicate in the world and with each other and how creativity can be a powerful transformational tool.

She will be taking up residency at the Nosadella.due in Italy. 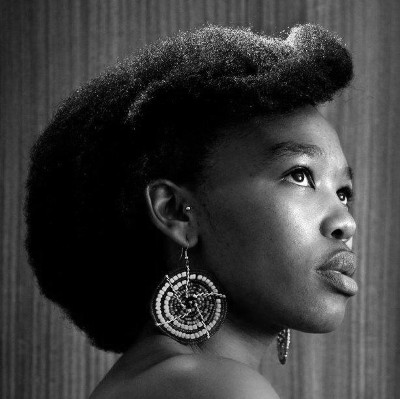 Khanyisile Mbongwa is a Cape Town based performing artist whose creative background is drawn from performance poetry. After years of reciting, she felt that words limited her art and sought out new ways to critically engage with important social issues. In 2006, she was one of the founding members of Gugulective – an artist collective that was based in Gugulethu Township in Cape Town. In the same year, she produced her first video art and a performance installation.

She is currently, working on a performance piece titled THE SPACE ACT OF 2014 – a collaborative project between herself and Jarret Erasmus. The performance sees two individuals from different racial groups attempting to coexist in the same space but also leaving their mark on the space. Their coexistence would rely on the tolerance of one another and the resolutions that manifest from the crossing of paths that will take place during the course of the performance.

She believes that as a young South African artist, she cannot produce work that it is not socially responsible – purely because as a continent we are dealing with the aftermath of different forms of oppression – and South African as a country is still negotiating its identity.

She will be spending her residency at Jiwar in Spain. 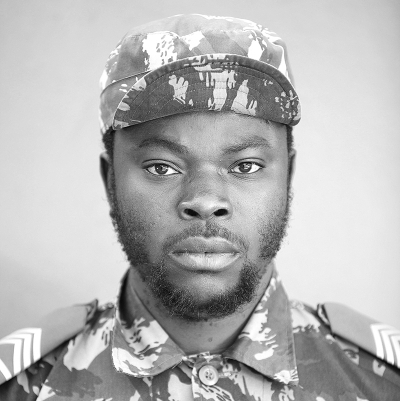 Mário Macilau was born in Maputo where he currently lives and works. In newly independent Mozambique, during the most critical phase of the civil war, his family struggled with financial difficulties and moved from the province of Inhambane to Maputo capital in search of a better life. At the age of ten, he began to work in a small market frequented by the middle / upper class and helping to carry the groceries and washing cars at the park in an effort to support his family.

Macilau started his journey as photographer in 2003 and went professional when he traded his mother’s cell phone for his first camera in 2007, he specialises in long term projects that focus on living and environmental conditions over the time that affects the social isolated groups.

His work has been recognised with awards and featured regularly in numerous solo and group exhibitions both in his home country and abroad including: Pinacoteca de Estado de São Paulo in Brazil, the KLM in  Kuala Lumpur,  Malasya ,  2012, The Johannesburg Art Fair 2013, Les Recontres Picha in Lubumbashi, RD Congo, 2013, The Biennale Arts Actuels in Saint Dinis, Reunion Island 2013 and The African Art Auction in London, England,  2013  among others .

Mario will be travelling to the United States to take up residency at the Fountainhead Residency. 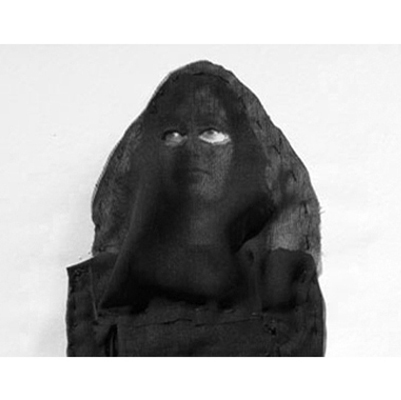 Her work for over eleven years has focused on street trade and the large informal economy in South African city centres. Although primarily a painter, Khan’s paintings are often presented with a range of media resulting in installations and performance pieces incorporating fashion, music, video, ink and charcoal drawings in mock fashion presentations.

She is currently a PhD candidate in the Arts and will be spending her residency at the Khoj International Artists’ Association in India. 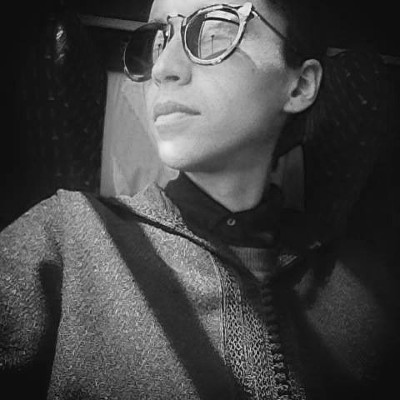 Sara Ouhaddou is a Moroccan- based visual artist who believes that artisanal practices define and reaffirm cultural identity.

Her art aims to explore the relationship between the Moroccan tradition of crafts and contemporary art work as a part of a wider debate about the role of art in Arabic culture today. The work explores the way tradition can be used as a basis for artistic innovation in Morocco. It examines expressions of historical identity and their different place within the actual cultural environment.

Past participation in residencies has helped Sara to judge her work and determine the limits of her production, ensuring that she is always producing work that is interesting and poignant.

She hopes that her time spent at South Africa’s Bag Factory will deliver similar outcomes.

Congratulations to them all!